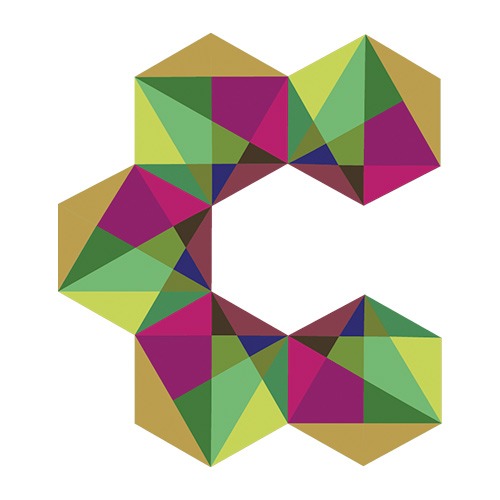 CALEIDO is a cultural platform through which we are building intercultural dialogue between the ethnic and cultural minorities in Romania. The idea of a multicultural theater festival came to us when we were thinking about how mentalities can be changed for the better, as we noticed how intolerance was increasing both in Romania and Europe. We believe that theater in itself has the capacity to transform people, and we discovered that the Romanian theater in particular has been sleeping on an ethnic inheritance worth sharing with a wider audience.

Context
Research and national strategies show that a high level of ethnical stereotyping and a relatively low level of acknowledging the benefits of multiculturalism can be found in Romania. Our project addresses these needs and challenges by providing accurate and attractively packaged information about the cultural identity of ethnic communities in Romania.

Through our 2019 edition we talked about personal life, memory and identity, political life and society. We questioned official versions about Romania’s involvement in the World War II, the post-war communism of the 1950s, the end of totalitarianism and the hard years of the transition. We wondered what it means to be a woman and what it changes if you find yourself on the LGBTQ + spectrum. We also talked about love, we laughed at the power struggles in our gray blocks, we reflected on our loneliness and anxieties. We talked about how the socio-political system treats us and about the constant human need to change something and to exist elsewhere. We practiceed shaking stereotypes. And then we asked ourselves with irony and self-reflection: what is the role of theater, of performance, of art?

We had on stage political and non-political shows, lyrical shows or truthful declarations of love; comedies and tragicomedies, self-reflexive shows. The variety of styles was at stake here. The unity lies in the fact that they are all independent creations that address socio-cultural issues relevant to the present and the future, which were written or which are produced by members of the cultural and ethnic minorities in Romania. The festival period (November 27 – December 1) remained the same for a certain reason. It is important for us to celebrate Romania’s National Day and the days before it together with Roma, Hungarian, Jewish, queer and feminist theater groups.

The second edition of Caleido proposed a celebration of the cultural diversity amongst us and the multiple forms it can take. We spent the five days of the festival – from 27 November to 1 December 2017 – at unteatru, while following stories about the absurdity of life, about psychopaths and refuge, about poverty and teenage altercations gone rather far. We chose to discuss the variety of the coexisting realites in our cultural ecosystem both through the plays and the already-known Caleido Talks. We thank Centrul Cultural și de Tineret „Ștefan Iordache” for the great support they have shown us and our project. 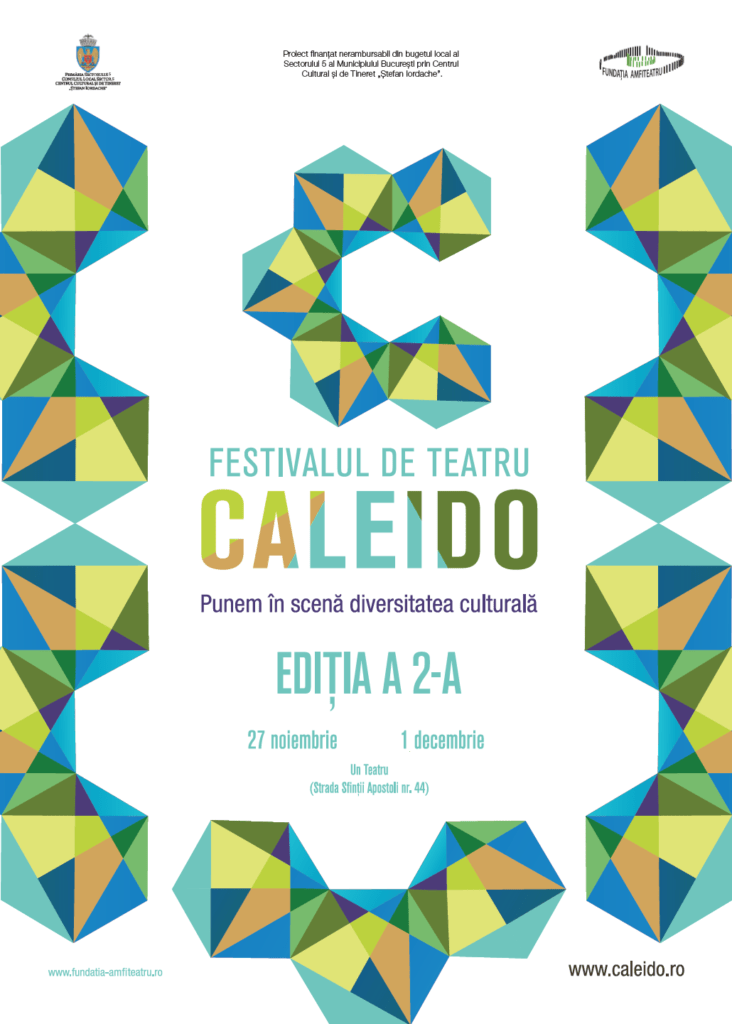 For the first edition of the festival we focused on ethnic diverity. With this thought in mind, we curated twenty plays performed, written, directed by or dealing with the ethnic minorities living in our country. To mention just a few, our audiences watched D’ale lolelor, Gadjo Dildo, Carpathien Garden, Motke Hoțul, or Staipelochian. From 16 to 20 November 2015 our festival took place in four locations in Bucharest: Teatrul Mic, Teatrul Foarte Mic, Green Hours and Centrul de Teatru Educațional Replika. The project was co-financed by the European Economic Area (EEA) Grants, through the programme „Promotion of diversity in culture and arts within European cultural heritage„. 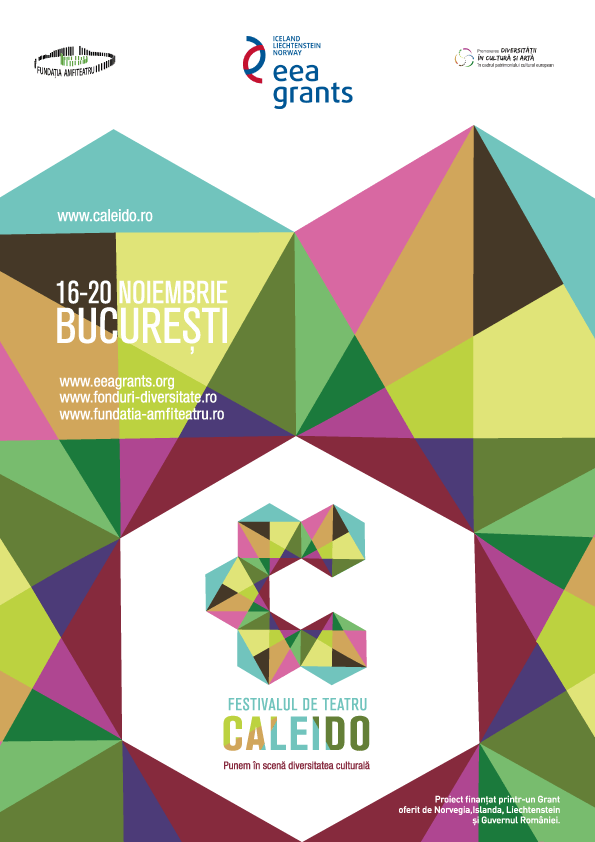 About the organizers and donors
The Amphitheater Foundation has been organizing cultural events for the past fifteen years, working with vulnerable groups and minorities to encourage intercultural dialogue and promote cultural diversity.